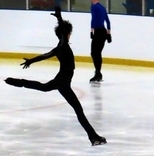 In figure skating, a radical proposal to reshape the sport (NBC Sport article)